Posted by Shanelle at 6:23 PM No comments:

WAAAAAAHHHHHHHHH NO NO DAMMIT NO

That was me, throwing a temper tantrum.

It's my own damn fault, really.  I know I am not a "biomechanically efficient" runner.  I've got knock-knees, high arches, and every joint in my body sounds like bubble wrap.  Not the happy little crackly stuff, but the big fat heavy-duty stuff that sounds like a cap gun.  Seriously.  I can pop the arches of my feet.  Surely that is not normal.  So I need to be a little more cautious than those to whom running comes as easily as breathing.

Over the last several weeks, I've been doing more running indoors.  For one thing, it's been snot-freezingly, eyeball-crackingly cold, and for another, we got this little tiny ice storm last week that hasn't melted yet.  (Not to mention the fact that I've been working oddball hours lately, and I generally prefer running in solitude, which is hard to come by in the heart of downtown Indy.)  I do not have a treadmill readily available, so when the weather's being a bastard, I came up with the genius solution of running at work.  The lobby in the theatre has a second floor mezzanine which makes a decent running track.  It's quiet!  There's no traffic and not many people!  The carpet is all cushy underfoot!  I don't have to bundle up!

Did you know?  Tight corners, and lots of them, are maybe not something you should do with any regularity when you're still building a base.  And just the basest of bases, too.  This week was going to be a 12-mile week.  But now it's a zero-mile week, because I have developed what I suspect is peroneal tendinitis, most likely from turning corner after corner after corner during the vast majority of my runs over the last few weeks.

I am not a wuss.  I can generally take my aches and pains in stride (heh), with the exception of when I'm eating and I bite my tongue or lip and make that horrible "OH THAT EFFING HURTS" face and whoever I'm eating with goes "Are you okaaaaaaay?"  Yeah.  No matter how much I love that person, if I'm bleeding in my mouth and swearing profusely and they say "Are you okaaaaaaay?", I want to punch them.  Repeatedly.  With both fists.  And possibly bite them and say "Are you okaaaaaaay?" and see how they like it.  The moment always passes pretty quickly, but I really wish they would just not say a damn word... ANYWAY.  We were talking about my ankle.

What?  I have really pointy teeth.  Accidentally biting myself usually result in chunks of flesh going missing.  It sucks, okay?

Whatever.  Back to my story.

I tried running the day before yesterday.  My ankle was a little tender right above the stick-out bony part on the outside, and had been for a few days, but I wasn't sure if it was a brewing running issue or just a mystery bruise (you get lots of those when you work in theatre).  I was going to have to run on the mezz, again.  Snore.  Since I had gone through the ordeal of developing and then fighting shin splints last year, I knew that IF I was working on screwing up my ankle, running through the pain was NOT going to help.  I know the wisdom of stopping as soon as pain alters your stride, and sure enough, two miles into my three-and-a-half, I was limping.  Noticeably.

An hour after I stopped, my ankle was screaming.  I iced it, tried wrapping it but had to take it off because even the slightest contact was agonizing, and ate a few ibuprofen.  If any of that took the edge off, I can't imagine how it'd have been had I just left it alone, because it huuuuuurt.  I was reduced to hopping down the steps at work on my good leg, and my boss even offered to send me home (I declined, because as I told her, it was either sit at home or sit at work, and I didn't want to admit that much defeat).

After a couple days' rest, it does feel better, although it's still sulking pretty doggedly about being so thoroughly abused the last few weeks.  As I said, I only suspect it's peroneal tendinitis.  I Googled my symptoms, and the all-knowing search engine pointed me to several sites that indicate exactly that.  Overuse injury, often related to activities involving frequent changes in direction, like, I don't know, maybe turning 78 sharp corners in the span of one mile.  I'm not going to the doctor for this (yeah, I'm one of those who tells other people to not hesitate to go to the doctor but I have to be on the brink of not caring if I live or die to go myself).  I know it's not broken; there's no reason for me to have developed a stress fracture, and there's been no traumatic injury to my ankle.  It's certainly a soft-tissue injury.  So the only way to get a definitive diagnosis would be to get an MRI which I definitively cannot afford.

And even if I did get a professional diagnosis, what then?  Either I'm told to STOP RUNNING FOREVER because OMG HUMANS WERE NOT DESIGNED TO DO SUCH A PHYSICALLY CHALLENGING ACTIVITY YOU ARE GOING TO DESTROY EVERY BONE BELOW YOUR PELVIS AND BE CRIPPLED IN FIVE YEARS or I'll be prescribed rest, ice, NSAIDs, and probably some mild stretching and strengthening exercises, all of which is just plain old common sense that I can figure out for myself.  If the doctor had a magic wand that would fix it on contact, then sure!  I'd go (as long as my insurance covered it).  But he doesn't, so I will rest.  Ice it.  Take NSAIDs, just enough to dull the edge so I can go about my daily activities and get plenty of sleep.  And when it stops hurting I will stretch, strengthen, and ease back into running, hopefully in a couple weeks or less.

LESSON LEARNED, ankle.  Lesson learned.  I'll cut you a deal.  I won't make you run on the mezz anymore, if you stop being a little bitch.
Posted by Shanelle at 7:04 PM No comments: 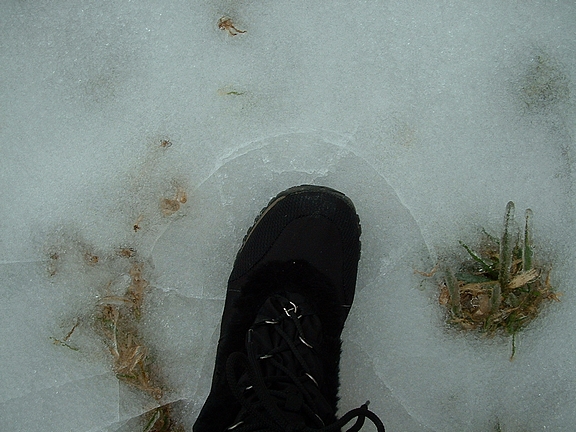 "Alright, stop.  Collaborate, and listen.  Ice is back, with a brand-new invention.  Something grabs ahold of me tightly; flow like a harpoon, daily and nightly." 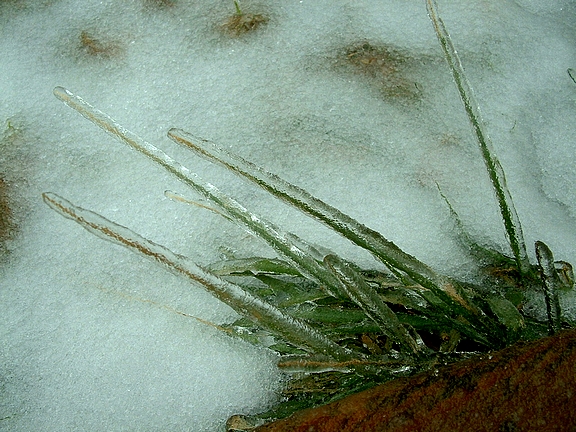 "Will it ever stop?  Yo, I don't know.  Turn out the lights and I'll glow!  To the extreme, I rock a mic like a vandal, light up the stage and wax a chump like a candle." 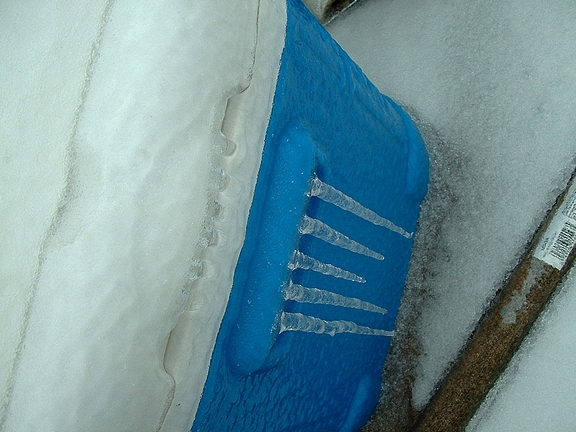 "Corrupt the speakers that boom.  I'm killing your brain like a poisonous mushroom." 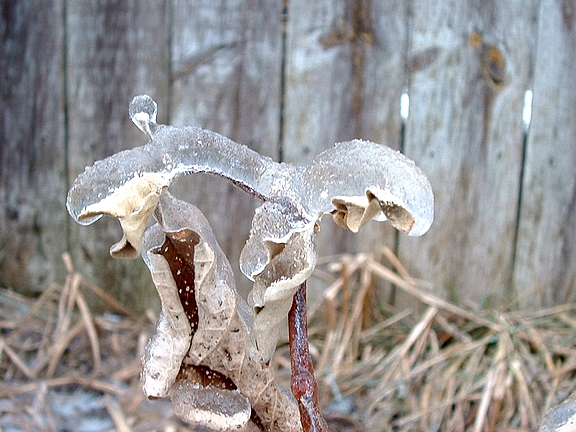 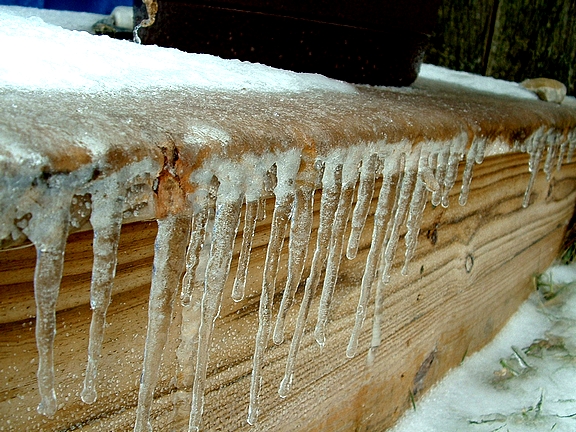 "When I play a dope melody, anything less than the best is a felony.  Love it or leave it, you better gain weight!  You better hit bulls-eye; the kid don't play.  If there was a problem, yo, I'd solve it.  Check out the hook while my DJ revolves it!" 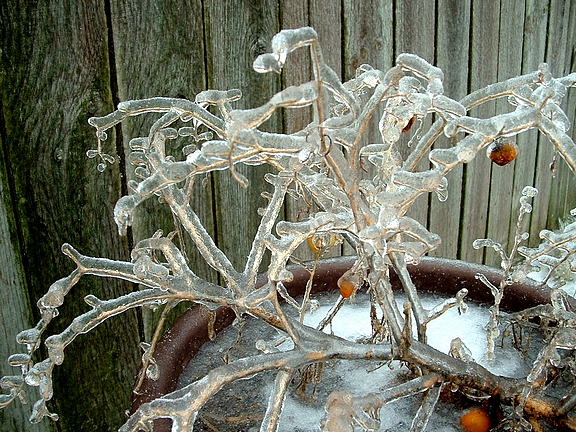 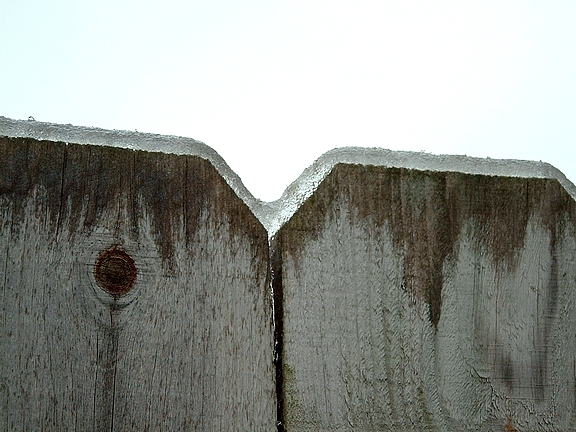 "Now that the party is jumping, with the bass kicked in and the Vegas are pumping, quick to the point to the point no faking.  Cooking emcees like a pound of bacon."

[I was not aware there would be bacon at this party.  Suddenly I am a lot more interested.  Continue, Robert.]

"Burning them, if you ain't quick and nimble.  I go crazy when I hear a cymbal and a hi-hat with a souped-up tempo.  I'm on a roll!  It's time to go solo!" 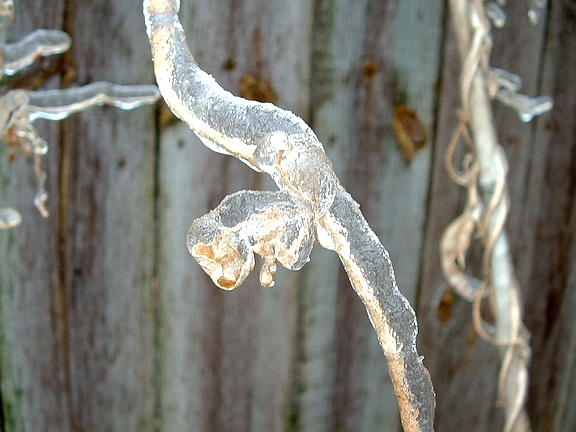 "Rolling in my 5.0 with the rag-top down so my hair can blow.  The girlies all stand by, waving just to say hi."

"No.  I just drove by, kept on pursuing to the next stop.  Busted a left and I'm heading to the next block.  The block was dead, so I continued to A1A." 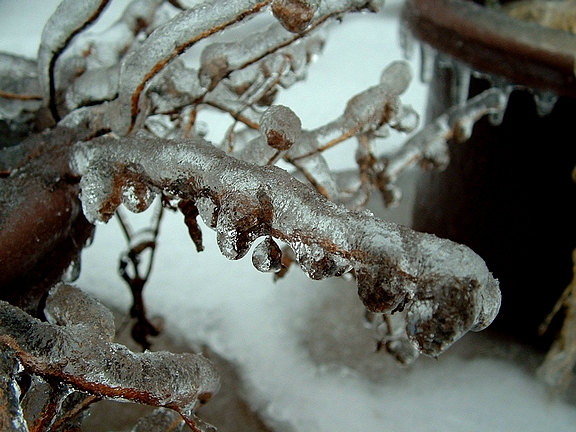 "Girls were hot, wearing less than bikinis; rockman lovers, driving Lamborghinis, jealous 'cause I'm out getting mine.  Shay with the gauge, and Vanilla with the nine."

Um.  Robert?  This is getting ridiculous.  And a little weird.  Can you wrap it up, please? 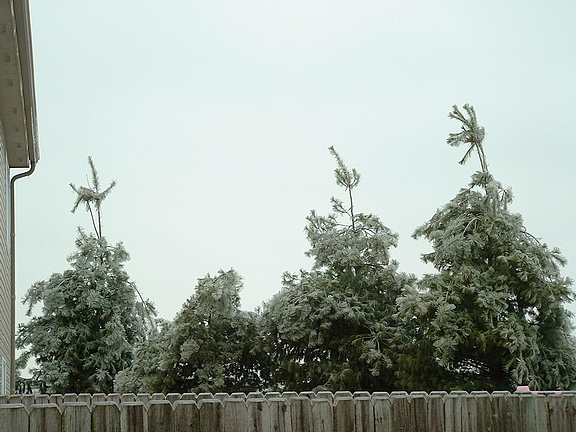 "Word to your mother." 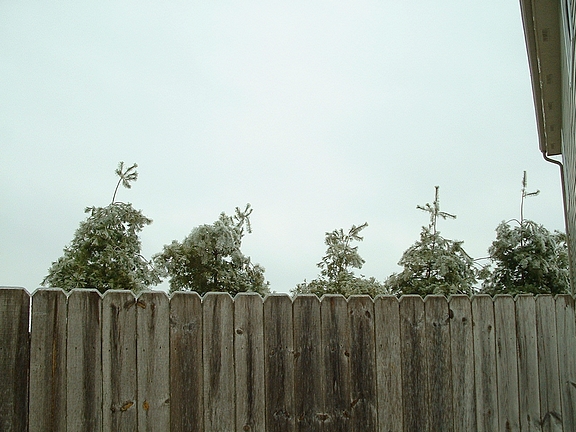 *This post brought to you by too much coffee and hazy lyrical recollections.
Posted by Shanelle at 10:07 AM 1 comment:

Shanelle
Near The Middle, Indiana
Thirty years old, and still waiting to feel like a grown-up. I'm a born-again runner (born-for-the-first-time, really), a lifelong stitcher, and my relationship with knitting is like that of a long-distance friend. We may go for weeks without talking, but when we do get together it's like hardly a day went by.

I Hang Out Here.